Stamping Bella has some great images in their new release.  I selected two for my birthday card today.  Edna with a Cupcake on Top and Slick Chick were prefect for my card.  Who wouldn’t want a cupcake and a rose for their birthday????

I used my Copic markers to color the images.  Some Clear Wink of Stella added to Edna’s wings to gave them some sparkle.  Unfortunately, it doesn’t show up very well in the photos.  Ranger Gloss Accents  were added to the spots on the cupcake and Slick Chick’s beak.  The sentiment I used is from the Edna with a Cupcake on Top stamp set.  It worked perfectly for my card.

A close up of Edna… 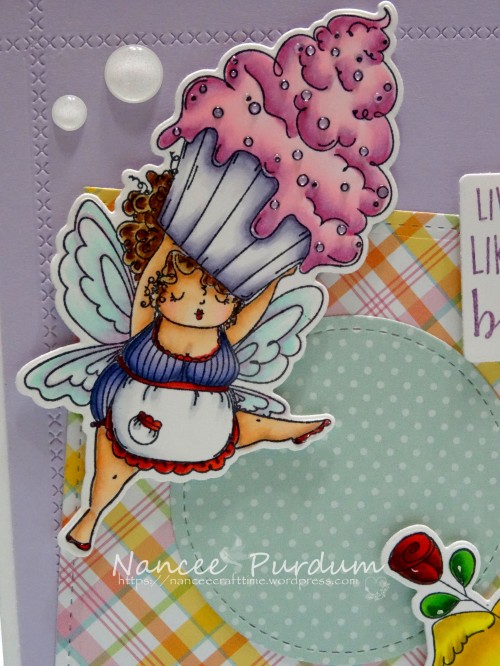 The patterned paper is from My Favorite Things, Plaid Patterns and an older pad from Echo Park Paper Co, Dots & Stripes.  The layers were cut using Stitched Squares and Stitched Circles dies from Lawn Fawn.  I used Stitched Borders also from Lawn Fawn to put a border around my base paper.  The banner is Stitched Labels 1 Die from Pretty Posh Pink.

A few dots from Doodlebug Winter Assortment Sprinkles made my card complete. 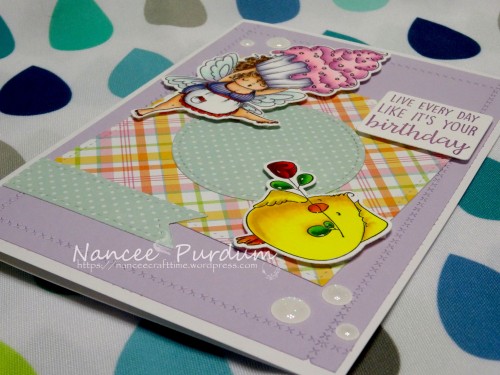